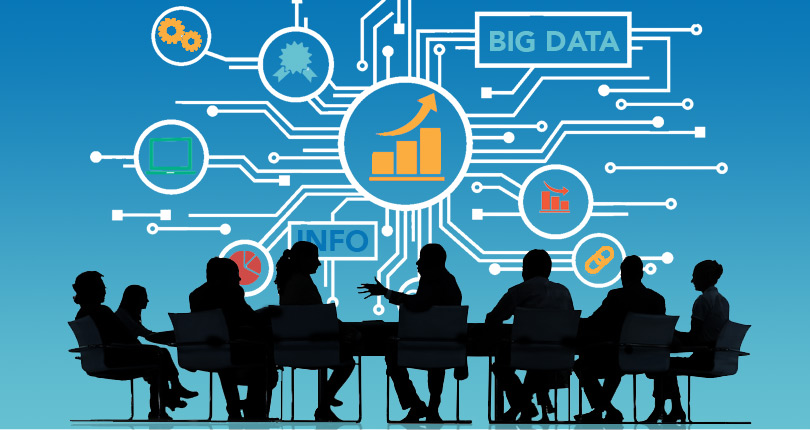 In the past couple of years, data has been the most impactful, valuable asset within tech-focused businesses. It’s important to understand the fact that the usage of data heavily and quickly changed in the past couple of years, with new tools, new ways to monitor users’ behaviour and much more. Shall businesses approach data science, data storage and data processing, then? Let’s find out.

As said above, data has heavily changed in the past couple of years. Data in 2020 is far different than data in 2019, for example: last year, data science was mainly focused around bit data and automatically processed numerical variables within Python tools, but now it can simply revolve around the analysis of static forms of data i.e. server files. The figure of the so-called “data scientist” has, in fact, drastically changed, from simply being a “python developer” to a more “analyst”-oriented position, opening its realms to the ones with deep knowledge of analytical tools (like Google Analytics, for example) and to the application of automated, Python-coded features within such tools. Data in 2020 is a very broad subject which is very likely to grow even further as the year goes by.

As many of you may be aware of, the average salary for a data scientist currently fluctuates around $70.000, which is something that many small businesses cannot afford. With this being said, there are, in fact, many other alternatives if you’re looking to implement data-driven strategies to your business. The first one would be using cloud-based tools which automatically analyse the static data your site/software/native app generates. Examples like logfiles have been heavily used with digital marketing strategies like SEO, as they give precise, detailed data on how bots perceive and crawl a website. The cost of cloud-based data gathering tools for CMS architectures starts from $99 p/month.

The Cambridge Analytica Scandal And The Usage Of Data Within Marketing

In 2018 and 2019, the world was shaken by the Cambridge Analytica scandal. The illegal usage of data points (directly bought from Facebook) to target users for the Trump campaign and the Brexit one has resulted in a specific GDPR section in regards to the usage of data for marketing-related purposes and goals. The Cambridge Analytica process was simple, yet very effective: by connecting every user to a numerical value, their developers were able to directly input to Facebook’s ad manager data targeting which was 100{09377a33d895e855a4f2c79ecf6067ff6702b92dff69e3306046238f1336ab14} true and not relying on the tool’s predictions. With this strategy, the British company was able to increase its ads’ conversion rate by 175{09377a33d895e855a4f2c79ecf6067ff6702b92dff69e3306046238f1336ab14} within a 3 months timeframe, effectively resulting in massive wins for both the Trump campaign and in regards to the Brexit referendum.

The Evolution Of Data Science, Business-Wise

With the above examples, it should be clear that data science isn’t a purely technology-related matter. There are, in fact, signals of data being used in many big marketing strategies within fashion, finance, fintech and real estate: in the UK, the biggest commercial property auctions‘ brokers have implemented a native tool which automatically targets potential buyers for commercial buildings, effectively moving a big step towards the digitalization of a sector (real estate buying and selling) which is renowned for being tied up to its traditional, direct roots. In 2020, with the advent of data within the lead generation segment, this “digitalization” will very likely impact other sectors, given the incredible results, small companies were able to achieve in the past couple of years.

Data science and data in general are, nowadays, approachable by anyone with a strong analytical mind, who’s keen on learning how numbers operate when associated with users.

The world of data has got a bright future ahead of itself: with tools becoming more and more accessible for small businesses, it’s a matter of months before owners, CTOs and Tech Leads will acknowledge the power of data for their individual businesses in order to improve sales and leads via their ads. If you’re planning on approaching data science in 2020, go for it: it’s very likely to become the biggest business segment this year. Data science doesn’t specifically require a dedicate in house as it’s totally doable via cloud-based applications: Google Analytics will soon add a specific section in regards to cookies analytics and data points impressions, signal (once again) of the fact that data analysis is at its peak.